Fibrous plaster in interior design for spas
Next

Decorative ornamentation through the ages #2: from mediaeval architecture to the early modern period

Every architectural style has its own references, that are perfectly showcased in a specific context in order to maintain a certain balance. The bespoke production of ornamentation in a particular architectural style must embody the spirit of that style.

All ornamental plasterers who have mastered their craft must be familiar with the origins and the unique features of ornamentation from the different architectural movements. That knowledge allows them to reproduce those styles of decorative elements to suit their latest renovation or building project.

A overview of the genesis of ornamentation though three architectural styles: Ancient, Byzantine and Middle Eastern

Antiquity is the starting point of our knowledge of architecture. With its three main architectural orders (Doric, Ionic and Corinthian), Greece left us a legacy of a wide variety of decorative motifs for architecture and decoration.

The Harmony of hier ornementation of the pursuit if the perfect proportions led to the definition of the world “Classicism”.

Heavily inspired by Assyrian art, the most common motifs of this movement were palmettes, griffins, winged figuresand fantastical creatures. Nature was another great source of inspiration, particularly irises, roses and lilies, as well as acanthus leaves. 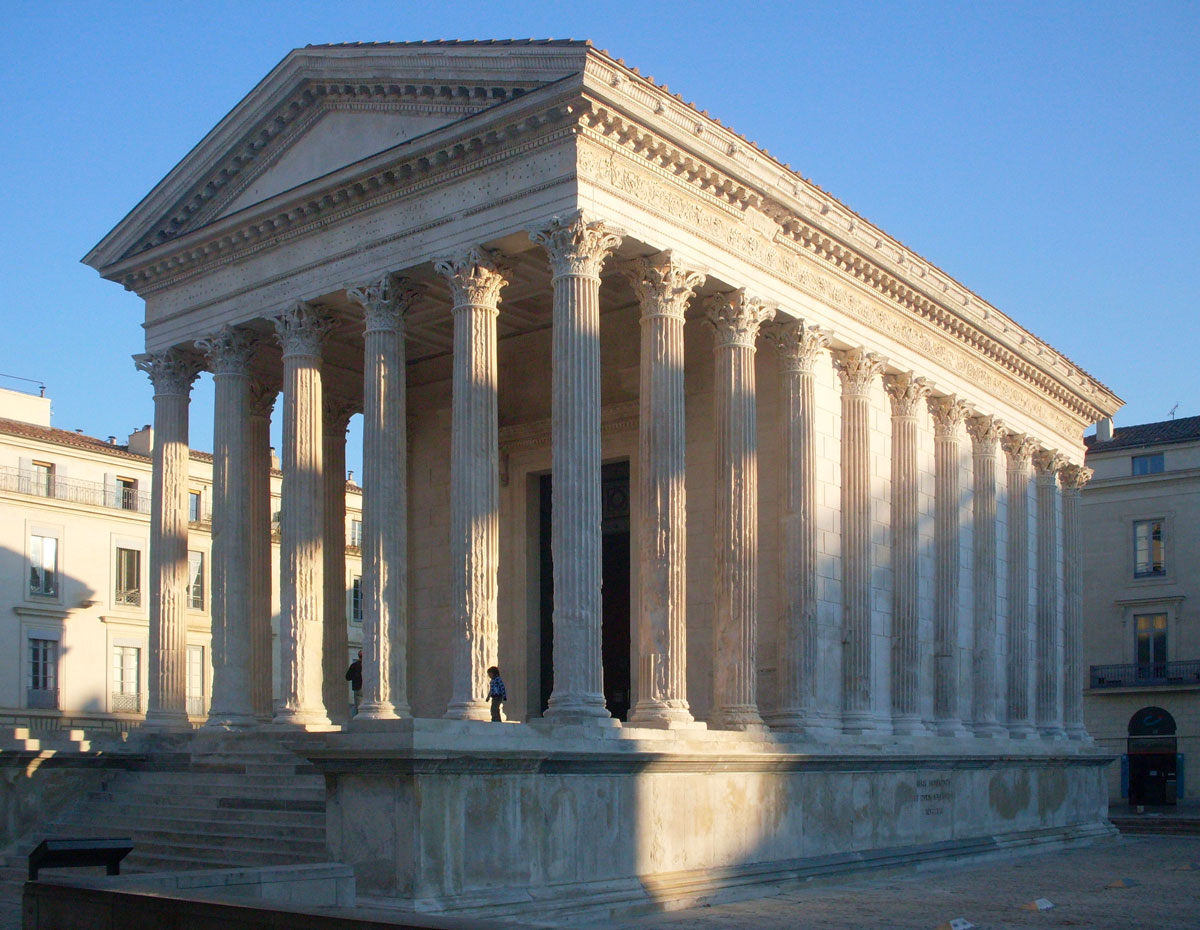 Ornemental motifs in this style were always dependent on the architecture of the day, whose full stature the sought to accentuate 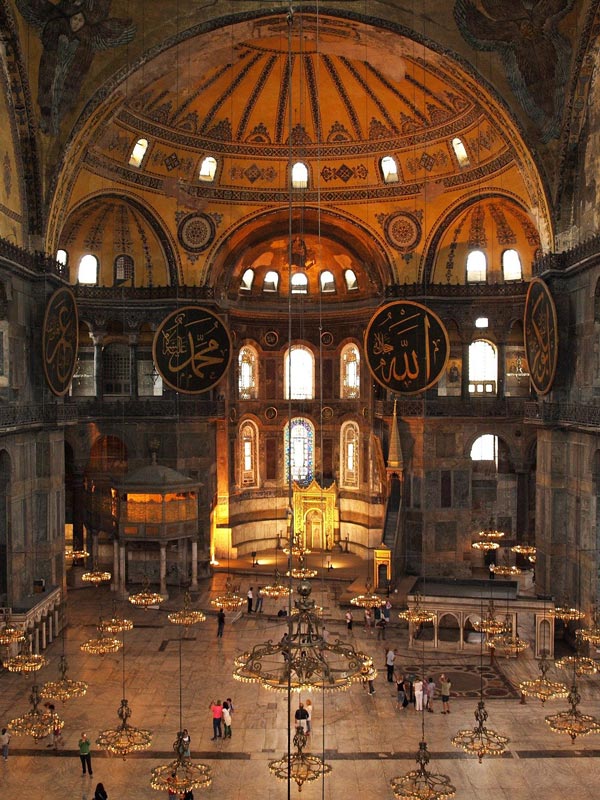 Although the ornamental motifs used in Byzantine architecture were largely inherited from Antiquity, the influence of Persian art endowed it with a uniquely Middle Eastern character. One of the most iconic examples of Byzantine architecture is Hagia Sophia, a house of worship built initially as a church in what was then Constantinople, and featuring buttresses in its dome. This architectural style was dominated by ornamental decorations made of plaster, especially stucco in the northern regions.

Throughout the Middle Ages, Byzantine-inspired ornamentation spread far and wide, influencing the Russian, Slavic and Anglo-Saxon schools just as much as the Venetian and Arab schools.

Although Byzantine décorations and motifs, which focused on brightness and balance, were heavily inspired by Greece, hier Middle Eastern aspect pushed them towards a greater complexity and abundance of motifs.

The most notable characteristic of Middle Eastern art is its intricate surfaces, achieved by means of repeating geometric motifs like polygons interwoven with plant-based decorations. Geometry forms the basis of this ornamentation, even though it is not always visible.

Braids and knots were often employed to frame geometric decorations. Some of the most frequently used motifs in this style were mandorlas (almonds), ears of grain, seashells and palmettes (borrowed form Ancient art), interpreted as geometric patterns.

As a result of its nomadism and its clear influences from Persian art, the decorations of Middle Eastern art have deep roots inmovement, geometry and arabesques.

Many of these refined decorations were made of sculpted plaster. The fact that it was so quick to make and the absence of any real limitations made it an ideal material for swiftly replacing ornamentation in palaces, as needed. 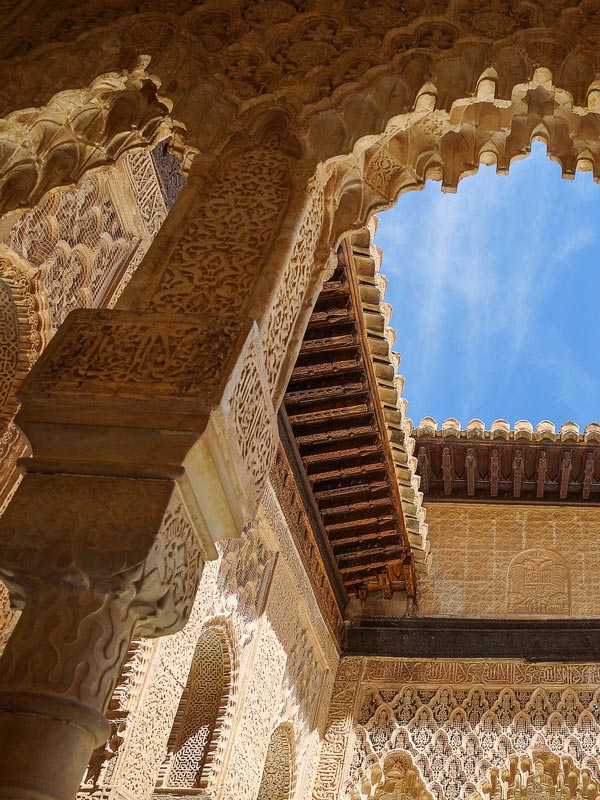 The Alhambra of Granada, an iconic work of Moorish architecture, is a perfect example of that abundance of sculpted plaster.

A example of an Islamic-inspired fibrous plaster project 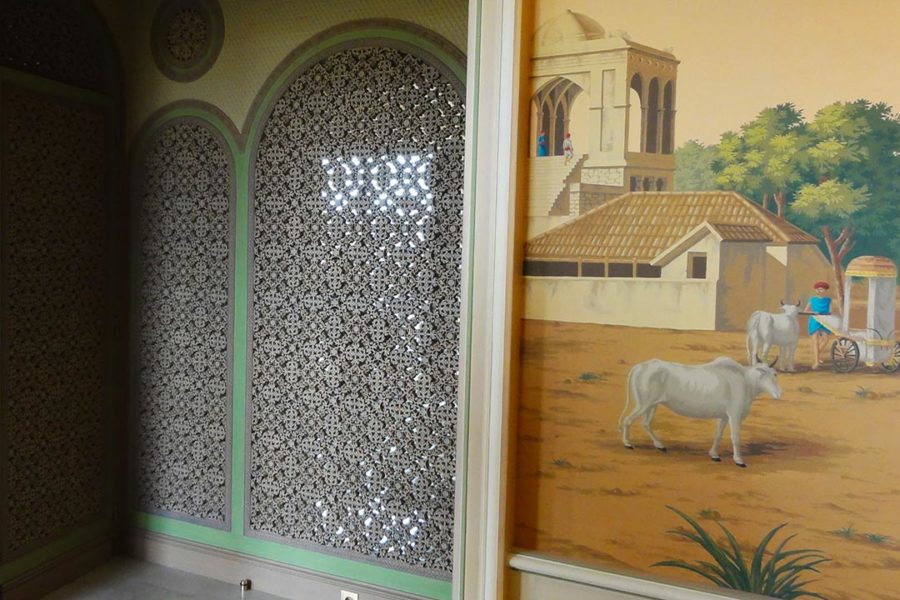 Ornamentation from Middle Ages to Henri IV and Louis XIII, by way of the French Renaissance 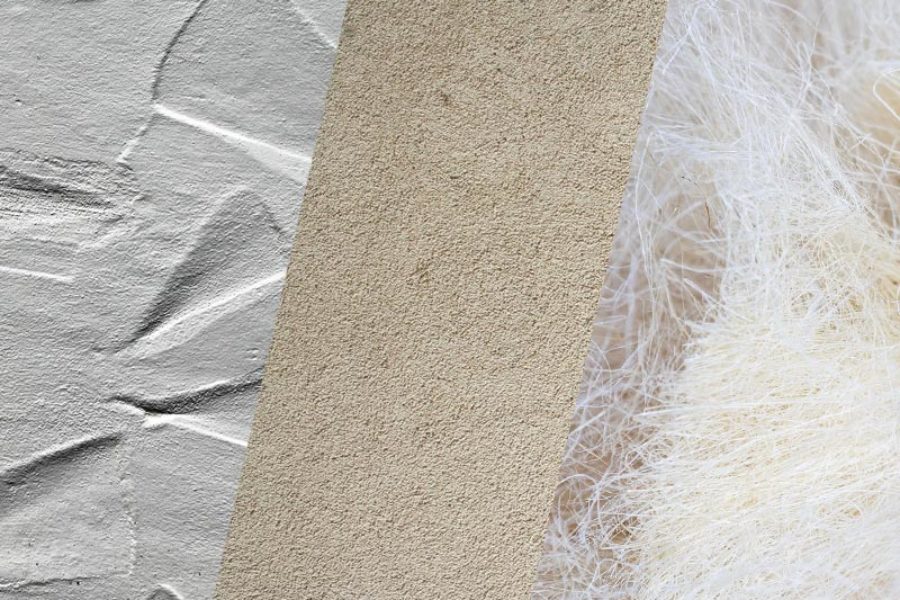 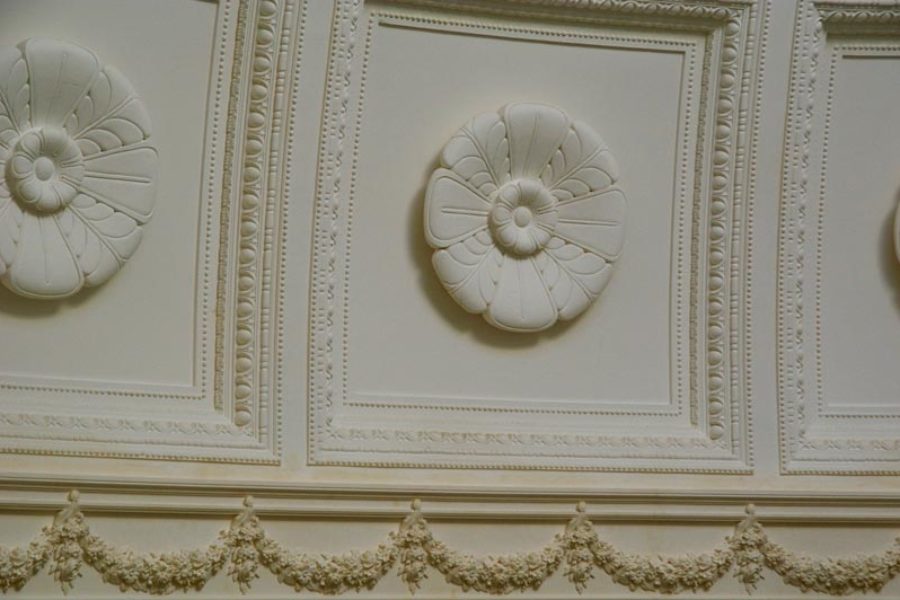 Our teams are ready to hear all about your plans for bespoke creations for your
home, shops, hotels, office space, restaurants and public spaces.
Contact us

Our flashes news in you inbox!

By continuing to browse this site, you accept the use of Cookies for the production of visit statistics in accordance with GDPR compliance. For more information, see our privacy and data handling policy Plusok
Politique de confidentialité et cookies

This site uses cookies to improve your browsing experience on the site. Out of these cookies, cookies categorized as necessary are stored in your browser as they are essential for the functioning of the basic functionalities of the site. We also use third party cookies which help us analyze and understand how you use this site. These cookies will only be stored in your browser with your consent. You also have the option of deactivating these cookies. However, disabling some of these cookies may affect your browsing experience.
Necessary Always Enabled
The necessary cookies are absolutely essential for the proper functioning of the site. This category only includes cookies that ensure the basic functionality and security features of the website. These cookies do not store any personal information.
SAVE & ACCEPT